Last night Steve and I finished watching season 1 of Secret City. Described as a political thriller, Secret City tells the story of journalist Harriet Dunkley’s fight for the truth against a web of corruption and lies involving the governments of Australia, the US, and China. Against impossible odds, and at huge personal cost, Harriet succeeds in discovering the truth and the last episode ends with the hope that she may yet be able to share that truth with the world.

I was inspired by Harriet’s fearlessness in her pursuit of justice and truth; she was prepared to lose her liberty and, if necessary, her life. Steve, who identifies closely with Eeyore, admired her tenacity but wondered if her sacrifice was wasted as nothing had really changed. This led to a lively, and somewhat heated, discussion about whether acts of goodness, especially those which involve risk, are only of worth to the extent that they bring about change.

This is a pertinent question for those working in the charity sector, most of the funding we receive comes with expectations that the money will be used to bring about tangible change; those who promise the biggest and most easily measurable changes are likely to be the most successful in securing funds.

Grand plans for change can often only succeed by sacrificing the individual for the sake of the majority: Harriet Dunkley was up against ministers who justified the silencing of individuals for the sake of national security. In contrast, Emmanuel Levinas’ theory of the face to face encounter and Martin Buber’s I and thou, both give priority to ‘the Other who stands before me’. This principle is reflected in Gospel accounts of Jesus’ healings which always seem to be a response to immediate need, rather than part of a strategic plan to improve public health across rural Galilee.

Ultimately, Harriet wasn’t concerned with changing the world or doing good, but with discovering the truth about why someone she loved had been killed: she was motivated by love and truth, rather than outcomes and results.

What would our monitoring and evaluation forms look like if we were to put aside our plans for change and instead allowed our work to be shaped and driven by love of ‘the Other who stands before me’? 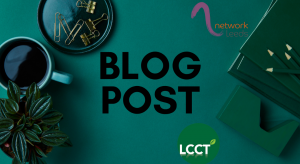 I’m delighted and you are such a blessing to the Leeds Christian community, and further afield!