Because he’s one of us

Christmas is the worst time.  Being homeless at any time is bad.  Being homeless surrounded by images depicting the perfect Christmas with a loving family in a comfy house (spacious and well-appointed) is worse.  It just brings it home that your family don’t want you.  And you know that if you were there, it would be like the Christmas before, with a stocking-full of failure and recriminations; disappointment and blame being parcelled out; violence and tears by bedtime.  That’s not exaggerating.  That’s the reality of dysfunctional Christmas.  And all the relentless advertising of all the shiny things which would make it better just make it worse when you have no money, and the kids will be disappointed in you, and you will have failed again.  And all the cheery bonhomie between here and the North Pole can’t make that better.

So when one Christmas in St George’s Crypt came round, it took considerable courage, and an extraordinary Hope, to react as one of our people did, when I read the Gospel of the Nativity in our Wet House  and asked – as I often do after a scripture reading – What do we make of all that then?  Old Jack sat back on the sofa, folded his arms, and said:

Jack had seen sixty Christmases; a lot of them disappointing, right from the start.  It was no good telling him to think of the happy times; they got swamped by the memories of failure and shame.  But still, he knew the real meaning.  Somehow, through the drifts of glittery tinsel and the flashing lights and the tarty elves and the plastic Ho-ho-ho-ing; still, he knew the moment of silence under the stars when the creator of all things visible and invisible chooses to step into his creation and live. 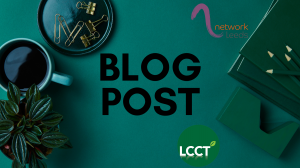 I found my job through Network Leeds